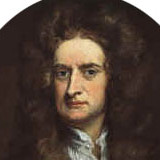 Born in Southampton, (UK) Dr. Watts became known as the father of English hymnody. The story goes that one day after returning from a Dissenting meeting house, the young Watts complained about the poor content of the Psalmody; he said that it is as if Jesus had never come! His Father then turned to him and told young Isaac to produce something better. And so he did, producing some of the most wonderful Christ – centred hymns in the language. Watts became known as the ‘Father of English hymns’.

This was one of John Wesley’s favourite hymns. Elizabeth Ritchie (the woman looking after the ailing preacher) wrote that, shortly before Wesley’s death, he ” broke out … in a manner which considering his extreme weakness astonished us all, in these blessed words: ‘ I’ll praise my Maker while I’ve breath…’ ” During that night Wesley tried to repeat the hymn, but could only say ” I’ll praise — I’ll praise”. A few hours later John Wesley has passed into the Lord’s presence .

I’ll praise my Maker with my breath,
And when my voice is lost in death,
Praise shall employ my nobler powers:
My days of praise shall ne’er be past,
While, life and thought, and being last,
Or immortality endures.

Why should I make a man my trust?
Princes must die and turn to dust;
Vain is the help of flesh and blood:
Their breath departs, their pomp and power,
And thoughts, all vanish in an hour,
Nor can they make their promise good.

Happy the man whose hopes rely
On Isr’el’s God: He made the sky,
And earth, and seas, with all their train:
His truth forever stands secure;
He saves th’ oppress’d, He feeds the poor,
And none shall find His promise vain.

The Lord hath eyes to give the blind;
The Lord supports the sinking mind;
He sends the lab’ring conscience peace;
He helps the stranger in distress,
The widow and the fatherless,
And grants the pris’ner sweet release.

He loves the saints, He knows them well,
But turns the wicked down to hell;
Thy God, O Sion ! ever reigns:
Let ev’ry tongue, let ev’ry age,
In this exalted work engage;
Praise Him in everlasting strains.

I’ll praise my Maker with my breath,
And when my voice is lost in death,
Praise shall employ my nobler powers:
My days of praise shall ne’er be past,
While, life and thought, and being last,
Or immortality endures.