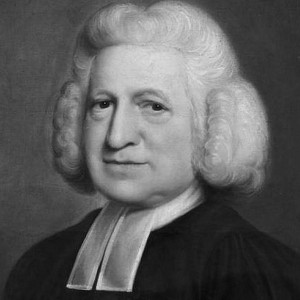 Charles Wesley was possibly the most prolific hymn writer that ever lived. It is estimated that he wrote more than 6500 hymns. He was born In Epworth, Lincolnshire (UK) . Along side his brother, John, Charles was used mightily by God during the 18th century ‘Great Evangelical Awaking’.

There is a famous story told of an actress who was converted through this hymn. Somewhere in England the actress heard some poor people singing this hymn; she went into the meeting where this hymn was being sung and afterwards the words stayed with her. She obtained a copy of the words to the hymn and read them over and over. Through this this actress was led to Christ. She was determined never to walk the boards again, but was persuaded to continue by the manger of the theatre she was employed by. On her entrance, in the performance, she was to sing a song. The band played, but she was lost in thought; three times the band played the introduction to the song, but the actress failed to sing the song, instead she clasped her hands and began to sing this hymn: Depth of mercy! The theatre performance ended immediately. It is reported that she eventually married a minister of the gospel.

Depth of mercy! Can there be
Mercy still reserved for me?
Can my God His wrath forbear,
Me, the chief of sinners, spare?

I have long withstood His grace,
Long provoked Him to His face,
Would not hearken to His calls,
Grieved Him by a thousand falls.

I have spilt His precious blood,
Trampled on the Son of God,
Filled with pangs unspeakable,
I, who yet am not in hell!

I my Master have denied,
I afresh have crucified,
And profaned His hallowed Name,
Put Him to an open shame.

Whence to me this waste of love?
Ask my Advocate above!
See the cause in Jesus’ face,
Now before the throne of grace.

Jesus, answer from above,
Is not all Thy nature love?
Wilt Thou not the wrong forget,
Permit me to kiss Thy feet?

If I rightly read Thy heart,
If Thou all compassion art,
Bow Thine ear, in mercy bow,
Pardon and accept me now.

Jesus speaks, and pleads His blood!
He disarms the wrath of God;
Now my Father’s mercies move,
Justice lingers into love.

Kindled His relentings are,
Me He now delights to spare,
Cries, “How shall I give thee up?”
Lets the lifted thunder drop.

Lo! I still walk on the ground:
Lo! an Advocate is found:
“Hasten not to cut Him down,
Let this barren soul alone.”

There for me the Saviour stands,
Shows His wounds and spreads His hands.
God is love! I know, I feel;
Jesus weeps and loves me still.

Pity from Thine eye let fall,
By a look my soul recall;
Now the stone to flesh convert,
Cast a look, and break my heart.

Now incline me to repent,
Let me now my sins lament,
Now my foul revolt deplore,
Weep, believe, and sin no more.